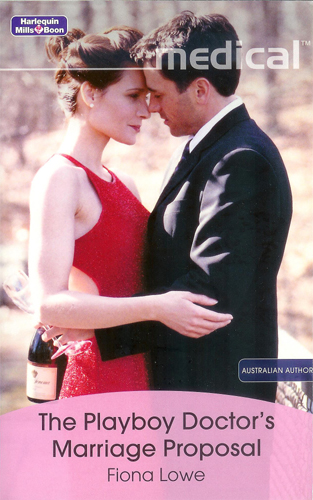 Her boss, his bride

Emily Tippett is a fabulous nurse - all the residents of Warragurra love her. Yet rarely does anyone see the real woman hiding behind the uniform - that is until her gorgeous new boss Linton Gregory arrives.

On the face of it. Linton is not what Emily needs. An expert at protecting his own heart, this charming doctor prefers to date and move on…

But Linton has seen the beauty that Emily is trying to hide - and she has captured his heart. He’s ready to go from playboy doctor to husband-to-be! 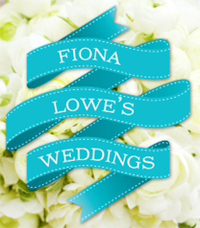 Way back in January 2007, after I had sold my 6th book, I talked to my editor about the possibility of writing two books set in the same town. Why? Well, I love creating my fictional townships and I hate saying goodbye! So two stories set in the same town seemed the obvious answer. My first Warragurra Book, 'A Wedding In Warragurra' featured the Flying Doctor's Base as well as the township of Warragurra, and the extended community. Kate and Baden and Sasha filled the pages and finally found their "Happy Ever After".

My second Warragurra Book is aptly named The Playboy Doctor's Marriage Proposal.' Set at the Warragurra Base Hopsital and on an outback cattle station, urbane Linton Gregory doesn't know what hits him when Emily Tippet barrels into his life. After all, Emily with her bright pink hair, freckles, baggy clothing and diminutive height is so far removed from his ideal woman that it would be laughable to find her attractive. But there is something about her, about her family and their passion for life that pulls him in and he suddenly finds himself questioning everything he ever believed about love, life and marriage. 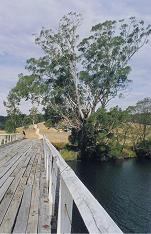 I had so much fun with Emily and Linton. I plunged Linton into a Rodeo and station life, giving him the full-on outback experience and getting red dust on his Italian leather shoes. I forced Emily out of her comfort clothes and exposed not just her body but her soul to the world she'd been hiding from.

Their story is fun and flirty and not quite as tough as Kate and Baden's but they have their own demons to face and I hope you're cheering them on as you read the book as well as enjoying another visit to Warragurra.

'Out!' Linton Gregory, emergency care specialist, vigorously thrust his left arm toward the door, his frustration levels rising. Using his right hand, he staunched the flow of blood pouring from the deep gash on his patient's scalp. 'And take deep breaths,' he added as an afterthought, softening his terse tone. The last thing he needed today on top of everything else was a fainting student.

Hell, where was everyone? 'Karen,' he called out breaking his own enforced rule of "no yelling" in A&E. 'Room two, please, now!' He ripped open a gauze pack. 'Johnno, stick your hand here.' He lifted the man's hand onto his head. 'Press hard.'

Linton shone his penlight torch into the man's eyes, checking his pupils for reaction to light. The black discs contracted at the bright beam and enlarged when the light source was moved away. 'They look OK. Did you black out?'

Linton sighed and started a head injury chart. 'This is the fourth Saturday in two months you've been in here. It's time to think about hanging up your rugby boots.'

Johnno cleared his throat. 'Doc, now you're starting to sound like the wife.'

He shot the man an understanding look as the familiar ripple of relief trickled through him that he wasn't tied down, that he was blessedly single again. And he intended to stay that way. He raised his brows. 'And yet this time I agree with Donna. Your scalp is starting to look like a patchwork quilt.' He lifted the gauze gingerly, examining the ragged skin edges. 'You're going to need more stitches.'

'Linton?' Karen popped her head around the half-open door.

'Karen.' He smiled his winning smile. 'Stellar nurse that you are, can you please organize a suture pack and ring X-ray. Johnno's got another deep scalp lac. Oh, and check up on the student, he left looking pretty green.'

Her brows drew together in consternation. 'I'd love to, Linton, but the ambulance service just radioed and they're bringing in a crushed arm, ETA five minutes. I've set up the Resuss Room and now I'm chasing nursing staff. The roster is short and half the town is out at Bungarra Station for Debbie and Cameron's inaugural dune buggy race.'

He swallowed the curse that rose to his lips. 'Keep pressing on that gauze, Johnno and I'll send Donna in to sit with you until someone can stitch your head.' Three weeks ago his department had been a slick, well-oiled machine. Now his charge nurse was on unexpected adoption leave and her second in-charge was on her honeymoon with his registrar. Marriage was a lousy idea even when it didn't actually involve him.

He stripped off his gloves. 'Ring maternity, they're quiet, and get a nurse down from there to help us.'

'We've got two medical students. Let's see if they've got what it takes.' He strode into the Resuss Room as the screaming wail of an ambulance siren broke the languid peace of a Warragurra winter's Saturday afternoon, the volume quickly increasing, bringing their patient ever closer.

Linton flicked on the monitors and took the brief moment to savour the quiet of the room. In about thirty seconds organised chaos would explode when their patient arrived.

Anticipatory acid fizzed in his stomach. Emergency medicine meant total patient unpredictability and he usually thrived on every stimulating moment. But today he didn't have his reliable team and the random grouping of today's staff worried him.

Andrew, the senior paramedic walked quickly into the room, ahead of the stretcher, his mouth a flat, grim line. 'Hey, Linton. If Jeremy Fallon is at the game you better page him now.'

Linton nodded on hearing the orthopaedic surgeon's name. 'We've done that already.' He inclined his head. 'Anyone we know?'

Andrew nodded as a voice sounded behind him.

'Can we triage and talk at the same time? His pressure is lousy.'

A flash of colour accompanied the words and suddenly a petite woman with bright pink hair appeared behind the stretcher, her friendly smile for her colleagues struggling with concern for her patient. 'We need Haemacel, his BP's seventy on not much.'

From "The Playboy Doctor's Marriage Proposal" by Fiona Lowe
Mills and Boon Medical Romance September 2008
ISBN: 9780263203332 Copyright: © 2008 Fiona Lowe
® and ™ are trademarks of the publisher. The edition published by arrangement with Harlequin Books S.A.
For more romance information surf to: www.millsandboon.com.au