The Doctor Claims His Bride 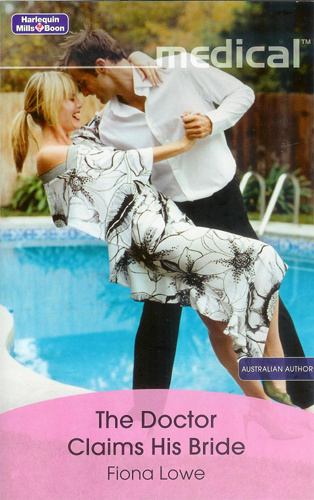 A nurse worth waiting for Nurse Mia Latham thinks she-s found the perfect solution to get her life in order - a new job on an idyllic tropical island.

But, thanks to her arrogant, teasing and devastatingly handsome new boss Dr Flynn Harrington, life isn’t quite as simple as she might have hoped! Flynn can see Mia is hiding secrets, but the one thing she can-t disguise is her passion for him!

Flynn knows a thing or two about running away, but something about this beautiful nurse makes him want to unpack his suitcases and settle down - with Mia!

To Gaye, with heartfelt thanks for the friendship, the walks along the river and the conversations that roam from laundry liquid to solving the world's problems!
Special thanks to Nellie, for generously sharing her experiences as a Remote Area Nurse.

In June 2007 my family left our home on the south coast of Australia and we set off on a six hour flight to the far north of the country. It was 6C in Melbourne and 33C in Darwin - hard to believe we were still in the same country, but it wasn't just the weather that was different. As we toured around the World Heritage Area of Kakadu National Park, swam in the waterholes of Litchfield Park and wondered how termites know to build their enormous mounds on magnetic north, we absorbed the vivid reds, yellows and browns of the outback. We listened carefully to our Aboriginal guide whose second language was English, and we learned all sorts of things about the land, the plants and animals, and what they all mean to the Aboriginal people. 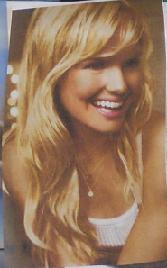 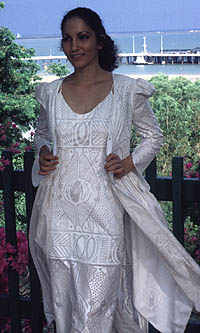 A very special part of our holiday was a two day trip to an island in the Timor Sea. Here we went hunting for turtle eggs, watched dugong at play and crocodiles surfing in the ocean! As I sat around the campfire eating barramundi and kangaroo and staring up at the stars, I started to get an idea for a story. We had met a lot of people on our holiday and many had come to the Territory from the south. Some came for adventure, some were on holidays, some had come because they wanted a change and others had come because change was thrust upon them. I found myself asking this question, "Why would someone from the south be drawn to the isolation of this island?"

And that is how Mia and Flynn's story evolved. Set against the background of the Aborigines' love for their land and their own unique health issues, Mia and Flynn are on the island running from their individual demons. Both are determined to live a solo life but they discover that no matter where you are or how far you go, you can't outrun your past until you face it.

I hope you enjoy their story as much as I enjoyed writing it and that one day you too can take a trip to the far north of central Australia. It's an amazing place!

nd that is how Mia and Flynn's story evolved. Set against the background of the Aborigines' love for their land and their own unique health issues, Mia and Flynn are on the island running from their individual demons. Both are determined to live a solo life but they discover that no matter where you are or how far you go, you can't outrun your past until you face it.

I hope you enjoy their story as much as I enjoyed writing it and that one day you too can take a trip to the far north of central Australia. It's an amazing place! 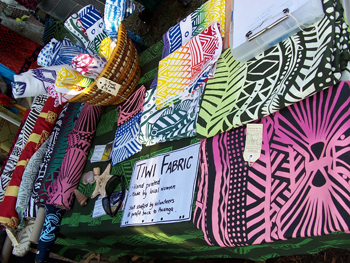 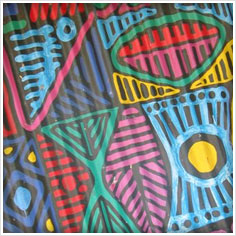 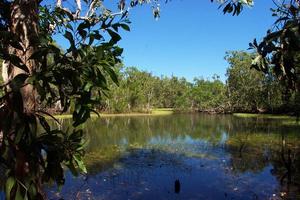 The Doctor Claims His Bride

'You still city time, Sis.' Susie, one of the Kirri health workers grinned a wide smile, her teeth white against her chocolate brown face.

Mia Latham sighed and twirled her hair up, welcoming the light breeze against her very hot and sweaty neck. Jamming her straw hat down hard, she scanned the outback-blue skies for the elusive light plane.

Not a faint dot in the distance, not even a bird. Just heat haze shimmering upwards against wisps of grey smoke from the dry season fires. She forced her shoulders to relax while muttering, 'he said eleven o'clock and now it's almost one.'

'He on island time.' Susie leaned back contentedly against the shady eucalypt.

Susie gave her a bemused look. 'You got no clinic 'til plane brings vaccines.' She shrugged. 'So sit. You can't do nothing until the plane comes.'

Every cell in Mia's body rebelled at the practical words. Her "to do" list magnified in her head, the print bold and black, bearing down on her, urging her to do something, anything, to make a dent in it. She'd wanted to be as up-to-date as possible for when she met the visiting doctor. But at this rate she'd be way behind and she hated having no control over the situation.

She stifled a huge scream of frustration and plonked down awkwardly in the shade next to Susie, her cargo shorts instantly filling with fine, brown dirt. Just great. She might still be on Australian soil but nothing about life up in the far far north of the country, nothing about life on this tiny island resembled anything she'd ever known.

She'd wanted change. She badly needed change but today, her fifth day on the job as a Remote Area Nurse on Kirra Island, left her wondering if what she'd come to was harder than what she'd left.

She wanted remoteness, wanted to work on her own and be as far away as possible from her old life. She just wanted to forget.

She fanned her face and took a long slug of water from the bottle that was a permanent part of her in this heat. And this was the dry season, Winter. She didn't want to think about the dripping humidity just before the big wet.

'Hear that?' Susie inclined her head to the right.

Mia couldn't hear anything. It was so hot that even nature had gone quiet. 'No.'

'Listen with all of you,' Susie chided gently.

Mia let the heat roll over her, let the dust settle on her and strained to hear past the silence of the soporific midday malady. A faint buzzing vibrated in her ears. 'The plane?'

She forced herself to sit back but most of her wanted to rush out onto the runway and start unpacking boxes the moment the plane had come to a complete halt. She'd never been very good at sitting back and waiting. Even when she'd known in her heart there was nothing she could do to help her mother, she'd hated the waiting. Waiting and watching her die.

The Cessna lined up with the runway and slowly descended, coming in over the thick mangroves and the eucalypts, its small black wheels bouncing on the asphalt, sticky with heat. The pilot immediately opened the window and gave a wave.

Unable to wait a moment longer, Mia launched herself to her feet, leaving Susie under the tree and she arrived at the low cyclone fence just as the propellers of the plane slowly wound down and stopped. The door on the opposite side of the plane opened. Mia caught sight of a pair of long, sun kissed, muscular legs, which jumped down and landed on large feet - feet clad in sturdy work boots with khaki socks that casually gathered down around solid ankles.

It wasn't the usual uniform of a pilot - they wore long navy trousers. No, these legs looked like they belonged to a bounty hunter, buffalo shooter or crocodile hunter - a man who spent a lot of time outdoors.

Intrigued, she watched as the legs strode around the plane, eating up the distance with commanding ease. Then the owner came into full view and an uncontrollable shock of electric delight raced through her, completely disarming her.

At well over six feet, her crocodile hunter had the natural grace of a man at one with his surroundings and it radiated from the top of his jet-black hair to the tips of his olive- skinned fingers, which gripped a large cooler in one hand and held a backpack in the other. A three-day stubble hovered around his smiling mouth, fanning out along a firm jaw. Dark brows framed intelligent hazel eyes, whose mesmerising gaze quickly took in his surroundings, acknowledged Susie with a wave and then centred in on her.

Mia's mouth dried. The intensity of his look made her feel stripped bare and to her horror she dropped her gaze. She took in his broad shoulders, which were covered by a shirt made from locally designed material. The emerald green and sea blue of the design accurately depicted the colours of the island's land and sea, and together they brought out the hint of green in his hazel eyes. Desperately wanting to look further to what she suspected would be a washboard flat stomach, her professionalism hauled her gaze upwards and with a quick, steadying breath she stepped forward hoping she looked more dignified than she felt.

'I wasn't expecting a welcoming party.'

A rich, deep voice with the smoothness of velvet cloaked her, making her heart hiccough. She looked up into teasing eyes, the flecks of green and brown almost moving like crystals in a kaleidoscope. Confusion rode over her body's unwanted tingling reaction to him making her dizzy with bewilderment. 'Aren't you the pilot bringing in the vaccines? I got a message…'

'I'm Flynn Harrington. Pilot, deliverer of vaccines and doctor.' He grinned with the cheekiness of someone who had inside information. 'You must be Mia.'

Doctor? She wasn't expecting to meet the island's visiting doctor for another three days. Her calendar, left to her by her predecessor had "doctor clinic" inked in red for Monday.

'You're the island doctor?' She couldn't hide the shock and disbelief from her voice. He didn't look like any doctor she'd ever met and she'd met more than her fair share personally and professionally. And no doctor has ever made you tingle like that.

From "The Doctor Claims His Bride" by Fiona Lowe
Mills and Boon Medical Romance March 2009
ISBN: 9780293209112 Copyright: © 2009 Fiona Lowe
® and ™ are trademarks of the publisher. The edition published by arrangement with Harlequin Books S.A.
For more romance information surf to: www.millsandboon.com.au